This museum offers guided tours that will allow you to discover more than two hundred ancient pieces such as bracelets, earrings, rings, brooches and traditional Berber necklaces, as well as rugs in shades of orange and instruments of music from the region of Agadir.
A culture that goes back to "before history"

The components of Berber culture are many, diverse, but their amalgam shows the different origins. The Berbers were in the Maghreb before the Romans, and they hold from their Julian calendar, and probably their carnival rites, which now take place at Achoura. They were, before being converted to Islam, pagan, worshipers of springs and trees, and perhaps held Phoenicians - who opened counters in Mauritania - their respect for the moon. Some tribes were converted to Judaism, and it is said that Kahina, the Berber Queen of the Aurés who resisted so long against Arab armies, was a Jewish queen. It is difficult to date the arrival of the Berbers, yet the culture has remained very strong over the centuries, and for those who have been living for a little while in Morocco, it is easy to say if a woman is Berber or Arab to his clothes, to recognize, even without speaking the language, the difference between Berber and Arabic, whose sounds are different, even if the languages ​​are close.

Between Tuareg, Rifain, Kabyle, Chleuh and Amazigh, of course, there are many differences, but a common background, a relatively democratic social organization, where the chiefs were elected, where, as with the Celts, each family, each tribe, each fraction was too independent to be able to ally with others, and preferred to cut itself in two as soon as it reached a certain size, a common background also in the artistic reasons, these geometrical decorations whose abstraction goes back to before Islam, and whose forms recall, again, the Celtic motives.

For more than two thousand years, Amazigh culture has resisted assimilation, or rather, negotiated with its neighbors, to be able to always exist. This is probably why, often, in the depths of a small village, or in the tent of a nomad, one has the impression that the time is not the same, and that one is left in a strange journey, which brings back to an ancient time.

The ultimate guide to…
Agadir 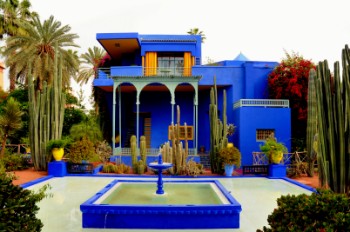 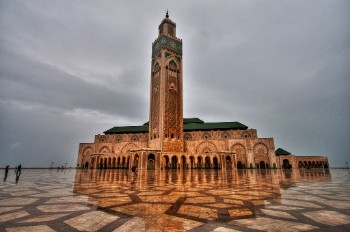